Recently Microsoft released a hotfix for SCVMM 2012 R2, after installed you will have support for Windows Server 2016 as a guest OS. The name of the hotfix is “KB3199246 – Hotfix 1 for Update Rollup 11 of System Center 2012 R2 Virtual Machine Manager” which not really explains that. You can read more and download it here: 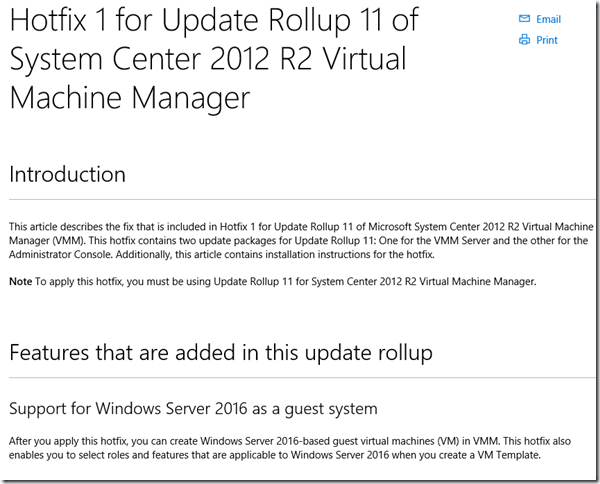