A while back I did an online training for Penton Tech https://education.pentontechnology.com/courses/deploying-windows-10-os-using-microsoft-deployment-toolkit on Windows 10 OS Deployment. One of the attendees had a question (you know who you are).

– Is it possible to format and partition differently, based on what model I’m deploying?

Yes, you can have different disk layout/partitioning/volumes, based on anything, and that includes the model of the computer. I use this when deploying servers and client to have different partition schemas on virtual machines, I do not need to have the recovery partition in the end of the virtual disk, I don’t really “repair” a Virtual Machine the same way as i recover a physical machine, and you should not.

Open your task sequence and modify the New Computer step like this. 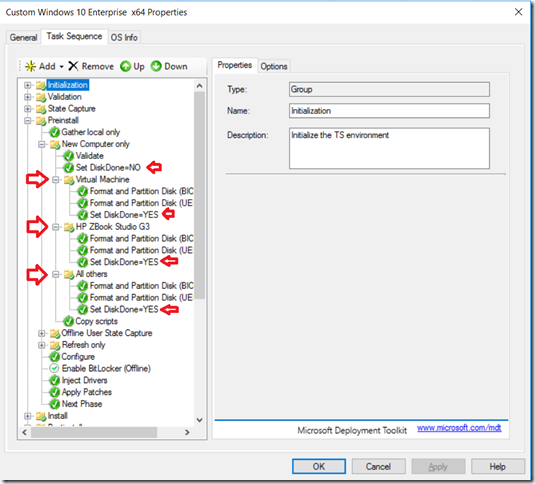 In this Task Sequence there are three different group’s, one for virtual machines, one for HP ZBook Studio G3 and the last one for everything else.

The modification starts under Validate, the first step after that sets DiskDone=NO, next step is the Group named Virtual Machine with the following conditions set:

Conditions on the group Virtual Machine.

The the group is executed if the Model is ‘Virtual Machine’ and DiskDone is NOT set to YES, so basically if it is a Virtual Machine it will partition/format according to the steps in the group. In the end of the group it will set DiskDone to YES, that way we know the disks are done and we can use that to prevent the following partitioning steps from running. Let us check the next step: 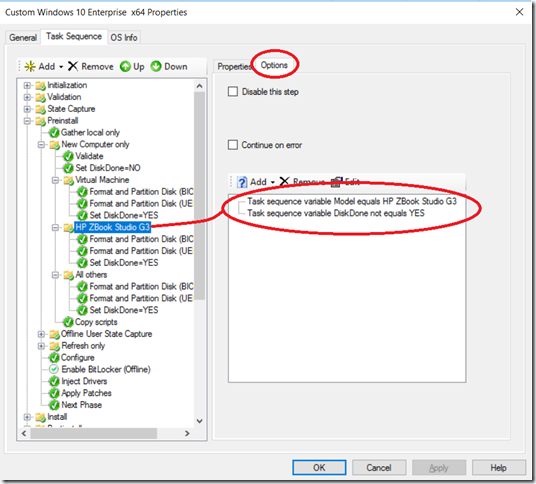 This step is the same as the step for Virtual Machine with one difference, in this case it only runs when the Model is a HP ZBook Studio G3. Let us check the last step:

Conditions on the group All others.

The last groups executes on any device, as long as DiskDone is NOT set to YES.

Here is the result when running this in a Virtual Machine: 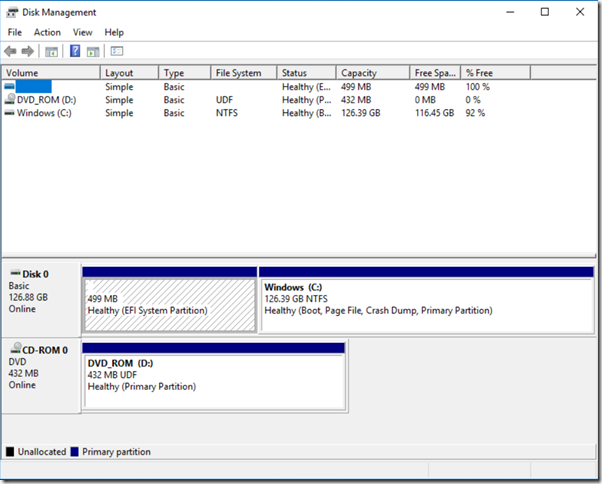 Here is the result when running this on a HP:

Here is a plain vanilla install: 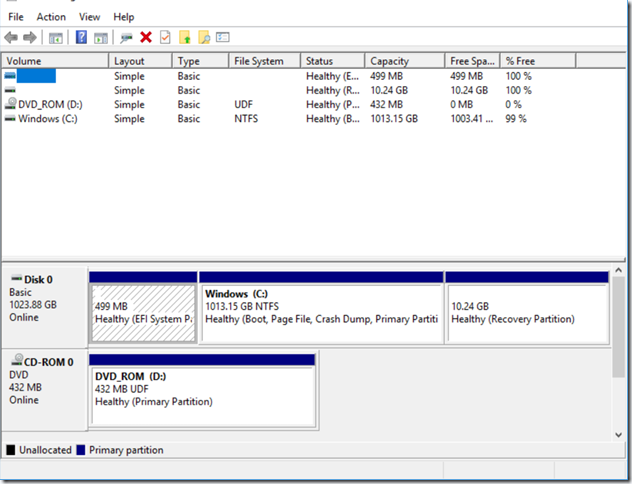