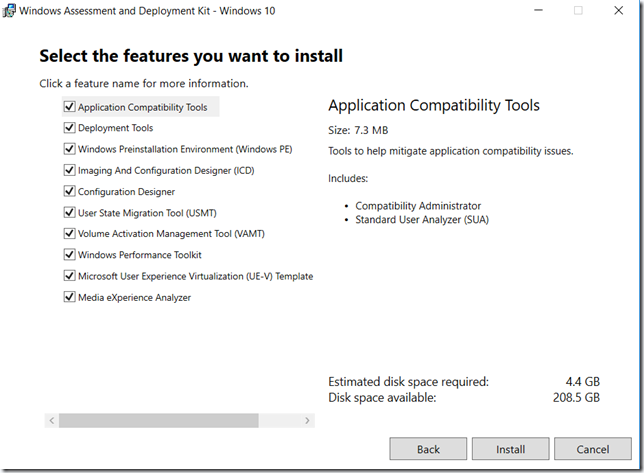 The App-V task Sequencer is missing.

It is however possible to manually install the App-V Sequencer if you downloaded the entire kit.

Find the file “Appman Sequencer on amd64-x64_en-us.msi” and run the installer, and “woops”, there it is: